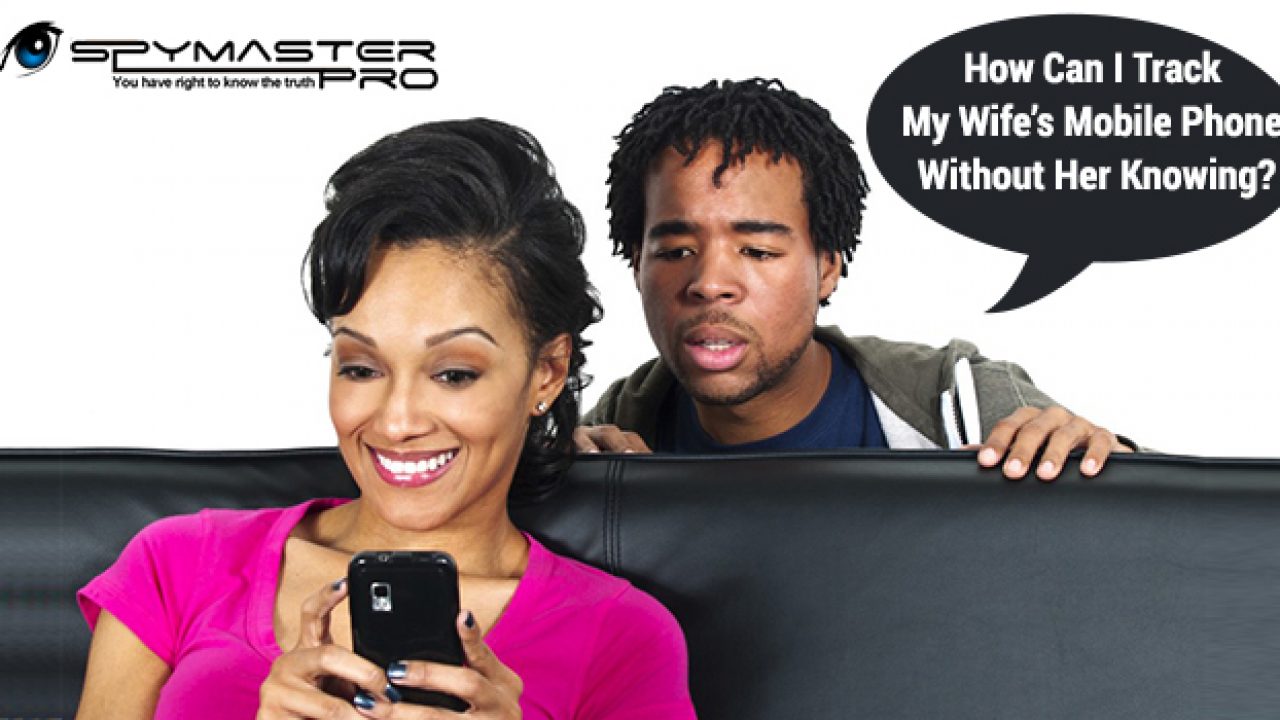 A mobile tracker application may be what you need. You can send your spouse an email with an image in it — once he or she clicks on it, the app is installed without their knowledge. This app can monitor their texts, emails, calls, and location as well. Another option is FlexiSpy , which also can track texts, emails, calls, and locations. It can be used with any kind of electronic tool and can even record video and audio.

FlexiSpy also allows the user to remain invisible on the devices so no one will suspect anything. This tracking software is best when used with iPhones and iPads. Surveillance by a professional investigator is safer, more thorough, and more objective than anything you can track with software.

In fact, there are many tech clues cheaters leave behind on their cell phones, computers and other electronic gadgets that you can look for. You can often determine who owns a particular landline number simply by entering the number into Google search. Also look for suspicious names in their messaging and video chat apps. Text messages and emails are the modern means of sending love letters, and your spouse may have kept them on his or her phone for ongoing enjoyment. And be sure to check the "deleted items" or "trash" folder.

People frequently let their discarded emails linger for weeks before they're permanently erased. Also look for secondary messaging apps like SnapChat that are designed for temporary sharing of text messages, photos and videos. Perhaps your spouse chose to save a couple of the steamy ones for later playback. Did your spouse purchase an extra ticket with miles or are there frequent-flier miles for a trip to New York when they were supposed to be in Seattle?

You may be able to log in to your spouse's account online if their login info is stored in the browser or password bank, otherwise check their email for their monthly statement. If you use E-ZPass or another toll payment system in your cars, check the online statement. If you have a family account to share purchases of music, videos and apps across your devices, you may also be able to see the location of your other family members' Apple devices, including iPads and MacBooks, in addition to iPhones.

If you can't see a device, that means the person has turned off location sharing. If your spouse is logged into Google on a family computer, you can simply search for "Find My Phone" to see the phone's location.

Click on the picture in the upper right corner of the Google search page to see which account is logged in. Often, family members don't bother to log out. There are apps available, such as KeepSafe free on Google Play or Vault free on App Store that let you store photos and videos in a password-protected, encrypted folder on your smartphone. Others, like Hide it Pro free on Google Play, shown will hide apps as well.

If you find one of these apps and there's no obvious reason why your spouse would need it, that may be cause for suspicion. And if your spouse chose an app with poor security, accessing the contents can be quite easy. There are ways to hide apps on iPhones by nesting them in folders. But those apps can still be found using the iOS search feature touch the middle of the screen and swipe down. Smartphones track how much battery life is consumed by apps.

So if your spouse is spending more time than usual messaging or if they're spending time using a new app, especially a new messaging app, it may be an indication that they're trying to hide something. In the late 19th century, the wireless telegraphy was developed using radio waves. In , the German Reichspost Reich postal service introduced the first " telex " service.

Sitting at a typewriter at home, Hillebrand typed out random sentences and counted every letter, number, punctuation, and space. Almost every time, the messages contained fewer than characters, thus giving the basis for the limit one could type via text messaging. SMS messaging was used for the first time on 3 December , [8] when Neil Papworth , a year-old test engineer for Sema Group in the UK [9] now Airwide Solutions , [10] used a personal computer to send the text message " Merry Christmas " via the Vodafone network to the phone of Richard Jarvis, [11] [12] who was at a party in Newbury, Berkshire , which had been organized to celebrate the event.

GSM was allowed [ by whom? Hence there is no "development" in the US in mobile messaging service.


Sprint Telecommunications Venture, a partnership of Sprint Corp. Initial growth of text messaging [ where? Text messaging is most often used between private mobile phone users, as a substitute for voice calls in situations where voice communication is impossible or undesirable e.

Texting is also used to communicate very brief messages, such as informing someone that you will be late or reminding a friend or colleague about a meeting. As with e-mail, informality and brevity have become an accepted part of text messaging. Some text messages such as SMS can also be used for the remote controlling of home appliances. It is widely used in domotics systems. Some amateurs have also built own systems to control some of their appliances via SMS. A Flash SMS is a type [18] of text message that appears directly on the main screen without user interaction and is not automatically stored in the inbox.

It can be useful in cases such as an emergency e. Short message services are developing very rapidly throughout the world. Popularity has grown to a sufficient extent that the term texting used as a verb meaning the act of mobile phone users sending short messages back and forth has entered the common lexicon. Young Asians consider SMS as the most popular mobile phone application. It is a very influential and powerful tool in the Philippines, where the average user sends 10—12 text messages a day.

The Philippines alone sends on average over 1 billion text messages a day, [23] more than the annual average SMS volume of the countries in Europe, and even China and India.

Stalking & Tracking Your Communications and Location

Similarly, in , text messaging played a primary role in the implication of former Detroit Mayor Kwame Kilpatrick in an SMS sex scandal. In many markets, the service is comparatively cheap. The service is enormously profitable to the service providers. Users on these plans send on average SMS messages every month. Text messaging has become so popular that advertising agencies and advertisers are now jumping into the text messaging business.

Services that provide bulk text message sending are also becoming a popular way for clubs, associations, and advertisers to reach a group of opt-in subscribers quickly. Research suggests that Internet-based mobile messaging will have grown to equal the popularity of SMS in , with nearly 10 trillion messages being sent through each technology. Research has shown that women are more likely than men to use emoticons in text messages.

Of many texting trends, a system known as microblogging has surfaced, which consists of a miniaturized blog, inspired mainly by people's tendency to jot down informal thoughts and post them online. As of , both of these websites were popular. In some countries, text messages can be used to contact emergency services. In the UK, text messages can be used to call emergency services only after registering with the emergency SMS service.

This service is primarily aimed at people who, because of disability, are unable to make a voice call. It has recently been promoted as a means for walkers and climbers to call [30] [31] emergency services from areas where a voice call is not possible due to low signal strength. In the US, there is a move to require both traditional operators and Over-the-top messaging providers to support texting to Since the location of a handset is known, systems can alert everyone in an area that the events have made impossible to pass through e.

A similar system, known as Emergency Alert , is used in Australia to notify the public of impending disasters through both SMS and landline phone calls. These messages can be sent based on either the location of the phone or the address to which the handset is registered. SMS messages are used in some countries as reminders of medical appointments.

A recent study by Sims and colleagues examined the outcomes of 24, outpatient appointments scheduled in mental health services in South-East London. US-based cloud radiology information system vendor AbbaDox includes this in their patient engagement services. Short codes are special telephone numbers, shorter than full telephone numbers, that can be used to address SMS and MMS messages from mobile phones or fixed phones.


There are two types of short codes: dialing and messaging. SMS gateway providers facilitate the SMS traffic between businesses and mobile subscribers, being mainly responsible for carrying mission-critical messages, SMS for enterprises, content delivery and entertainment services involving SMS, e. Considering SMS messaging performance and cost, as well as the level of text messaging services, SMS gateway providers can be classified as resellers of the text messaging capability of another provider's SMSC or offering the text messaging capability as an operator of their own SMSC with SS7.

In November , amidst complaints about unsolicited charges on bills, major mobile carriers in the US agreed to stop billing for PSMS in 45 states, effectively ending its use in the United States. Outside the United States, premium short messages are increasingly being used for "real-world" services. For example, some vending machines now allow payment by sending a premium-rated short message, so that the cost of the item bought is added to the user's phone bill or subtracted from the user's prepaid credits.

Recently, premium messaging companies have come under fire from consumer groups due to a large number of consumers racking up huge phone bills.